Why Marquez Rates 2019 as His Best Title Yet - bookmoto.com
Please wait...

WHY MARQUEZ RATES 2019 AS HIS BEST TITLE YET

In 2013 he won the championship as a rookie. In 2014 he won the first 10 straight races. But Marc Marquez rates 2019 has his best campaign yet. He, his right hand man and Autosport's experts explain why.

Marquez stunned in his rookie year in 2013 by clinching a maiden MotoGP title at the first attempt, before utterly dominating the following year by winning the first 10 races of the season and wrapping up the championship with three races to spare. 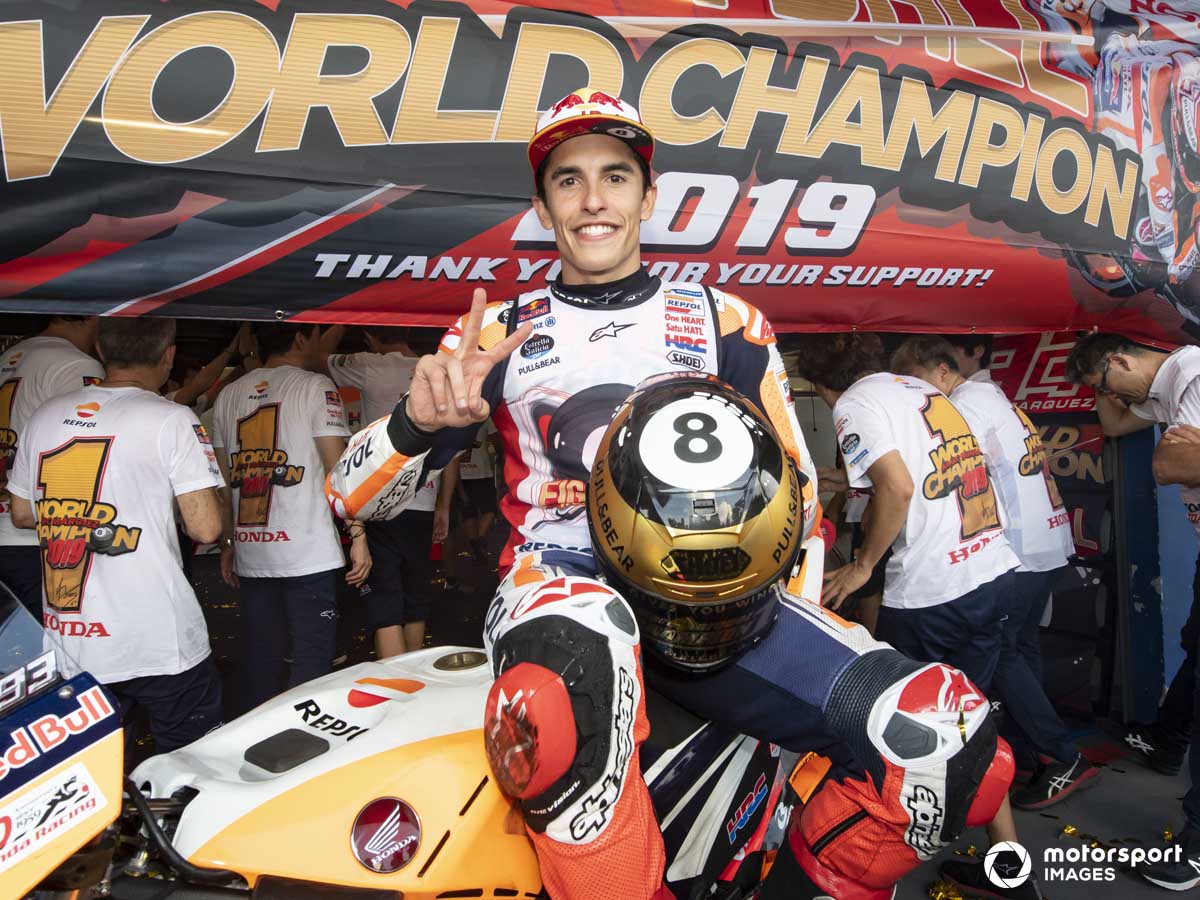 But the 26-year-old has had a near-perfect run this year, having finished every race - except Austin, where he crashed while leading - in the top two, collected nine wins to date and clinched the title in Thailand with four rounds to go despite competing on a Honda lambasted by its riders as being far too aggressive in its characteristics.

Marquez's main reasoning for classing 2019 as his best MotoGP season is that he believes he faced a much more competitive field this year than earlier in his career. 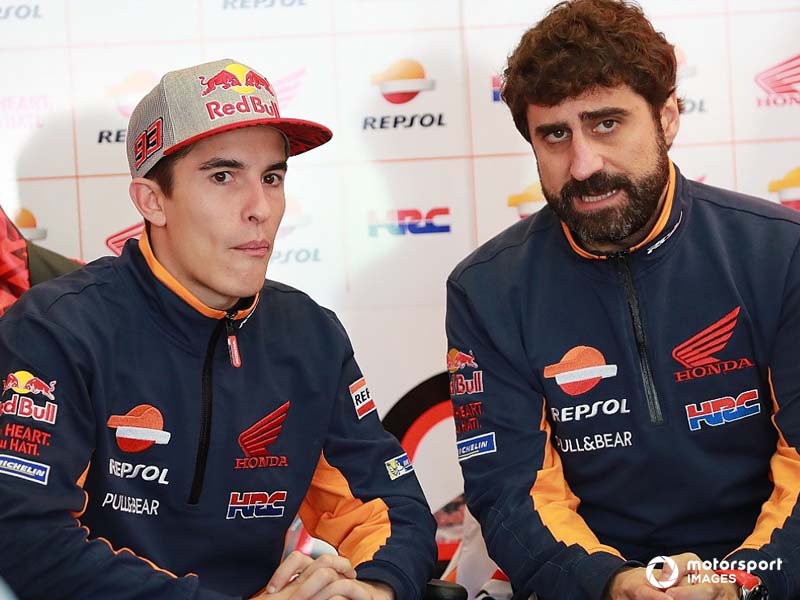 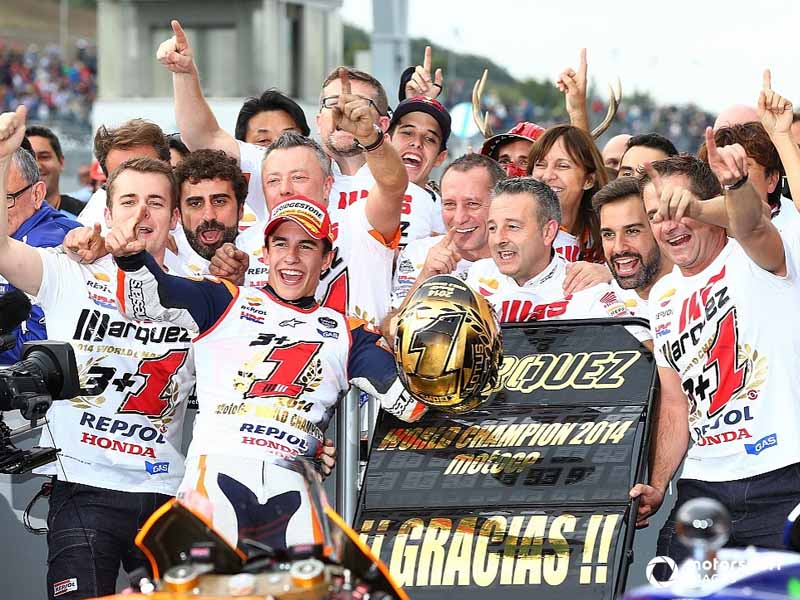 The 2014 season was massively dominated by the factory Hondas and Yamahas, while this year four different bikes were able to win races.

"It is my best season in MotoGP," said Marquez.

"2014, OK, 13 [wins], but honestly speaking, there was a big difference between the level of manufacturers, bikes.

"Now we are in a very competitive category with four different manufacturers you can fight for a victory. 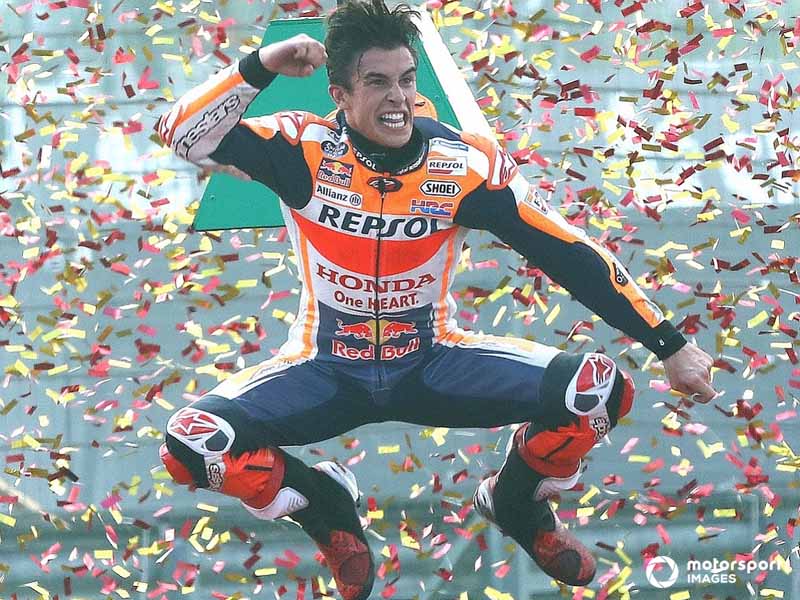 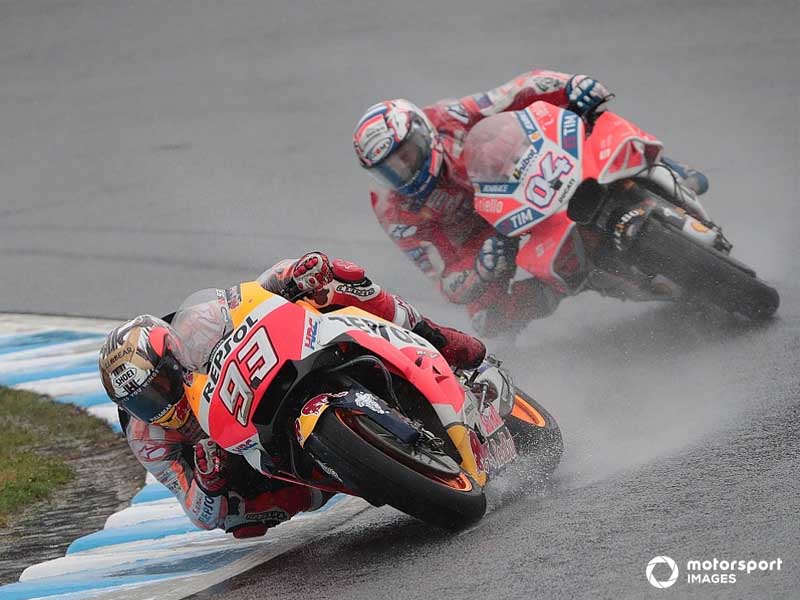 "They are able to do it and this is one of the most important things."

Across all three classes of the grand prix motorcycling world championship this decade, Marquez only failed to win a title in Moto2 in 2011 - when an injury at the penultimate round ruled him out of his close championship fight with Stefan Bradl - and '15 in MotoGP, when he ended up 88 points adrift of that year's champion Jorge Lorenzo on the Yamaha.