What History Tells Us About the Qatar MotoGP - bookmoto.com
Please wait...

WHAT HISTORY TELLS US ABOUT THE QATAR MOTOGP

Qatar’s Losail Circuit acts as the curtain-raiser for the MotoGP World Championship and its support categories. Motorsport Live takes a look at the history of the event and who to look out for in 2020. 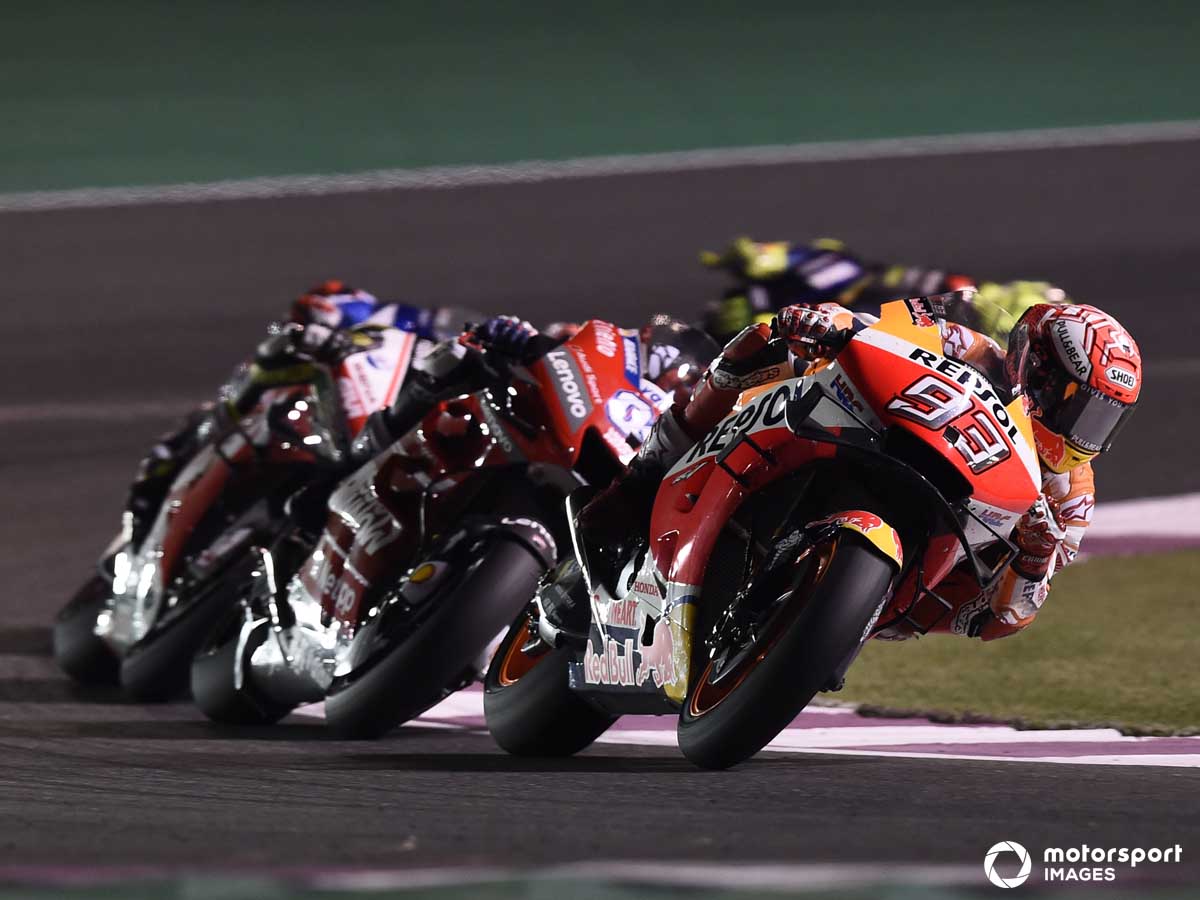 MotoGP's first venture to the Middle East came in late 2004, when the state-of-the-art Losail Circuit joined the calendar, taking the world championship to a new audience. From 2007 it was nominated to open the season while one year later the event switched to a night race, with the extreme heat encountered during the day potentially hazardous to the riders and the multi-million-dollar machines. The 2008 event was the first MotoGP round to take place at night, as the riders and bikes shimmered and shone beneath Losail's floodlights, though just a year later the race had to be postponed by 24 hours as heavy rain fell just as the race was about to begin. Riders were not able to race due to the sheen from the race track and just as the red lights were about to be extinguished, they traipsed off back to the garages, the bikes were wheeled away, and they had to wait until the Monday. Even without the rainfall riders still have to be wary of the different track conditions to usual, with the temperature dropping as the evening wears on, with the risk of crashes being heightened if due point is reached.

Since then Qatar has regularly delivered a thrilling season-opening grand prix, with a lengthy straight allowing for slipstream battles galore, and a sequence of medium-speed corners through the remainder of the lap permitting riders to take alternate racing lines. Across the past two years it has delivered some of the closest ever finishes in top-level motorcycle racing. In 2018 a race-long three-way battle between Andrea Dovizioso, Marc Marquez and the legendary Valentino Rossi was settled in favour of the Ducati rider by just 0.027s after 22 laps of competition, with Dovizioso utilising the horsepower of the Desmosedici to keep Marquez at bay as the bikes hurtled past the chequered flag. In 2019 it was the same adversaries contending for overall honours but this time around Dovizioso's winning margin was a mere 0.023s, as Marquez pulled all kinds of shapes to try and defeat his rival, but had to accept the runner-up spot once more. It was an enthralling grand prix as Cal Crutchlow, Valentino Rossi and Alex Rins ensured the top five were covered by a mere six-tenths as they came across the line - less margin than some pole position advantages! 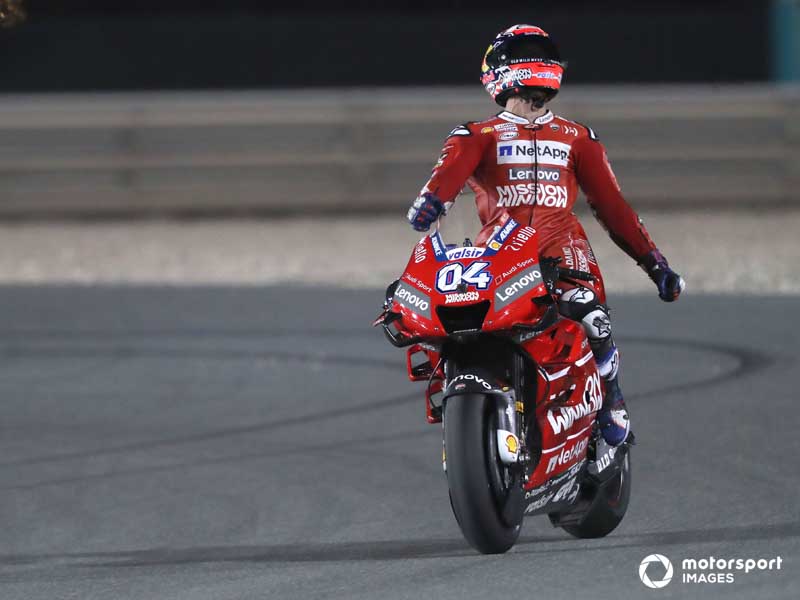 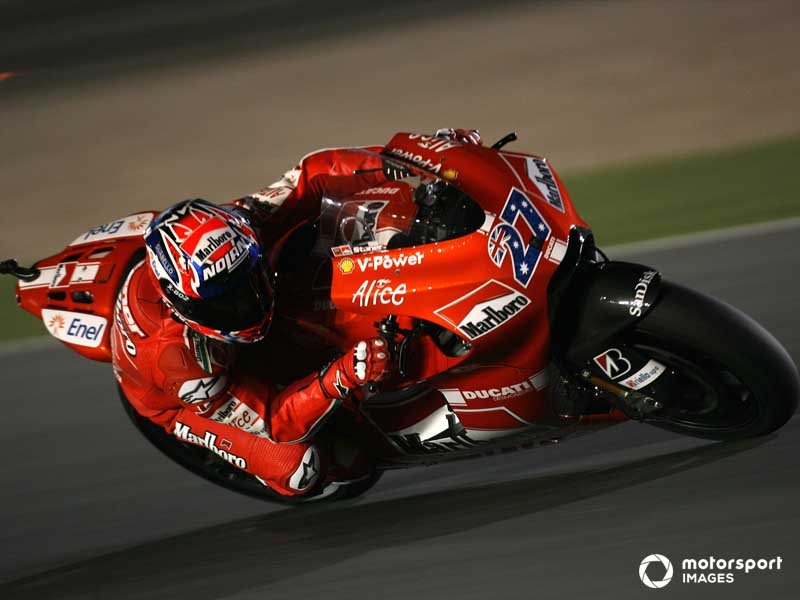 Ducati's recent victories at the Losail International Circuit ended a nine-year wait for a win, with its last triumphs coming as part of a hat-trick across 2007, 2008 and 2009, with Casey Stoner taking his maiden victory first time out for Ducati, before triumphing in the inaugural night race, while a year later he won the most recent Monday race to have taken place in the premier class. Stoner added another win with Repsol Honda in 2011 - kick-starting a year of dominance in which he claimed his second title - and his tally was eventually matched in 2015 by Valentino Rossi, who added to previous wins in 2005, 2006 and 2010. All four of his wins came with the factory Yamaha outfit, which has taken a record eight premier class wins at Losail, leaving it three clear of nearest opponent Ducati. Honda has taken only three top-flight victories at the venue but it has the accolade of being the inaugural winner back in late 2004, which proved to be the final grand prix win for Sete Gibernau. Jorge Lorenzo nonetheless holds a place in history as across all three classes of the world championship he has won a record six times. 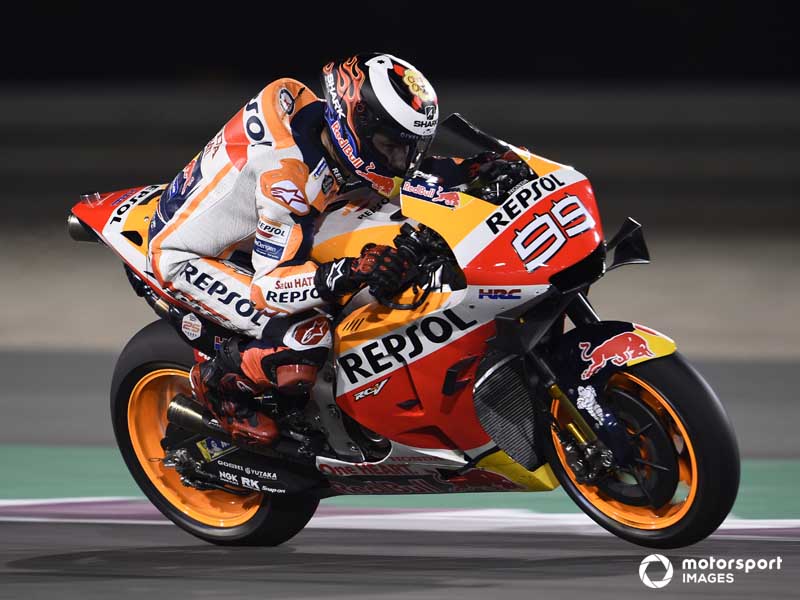 It's the opening round of the season, the bikes look spectacular shimmering in the night sky, and the racing is frenetic from start to finish. You won't want to miss out. Be sure to check out the range of Qatar MotoGP ticket and hospitality packages available courtesy of Motorsport Live.